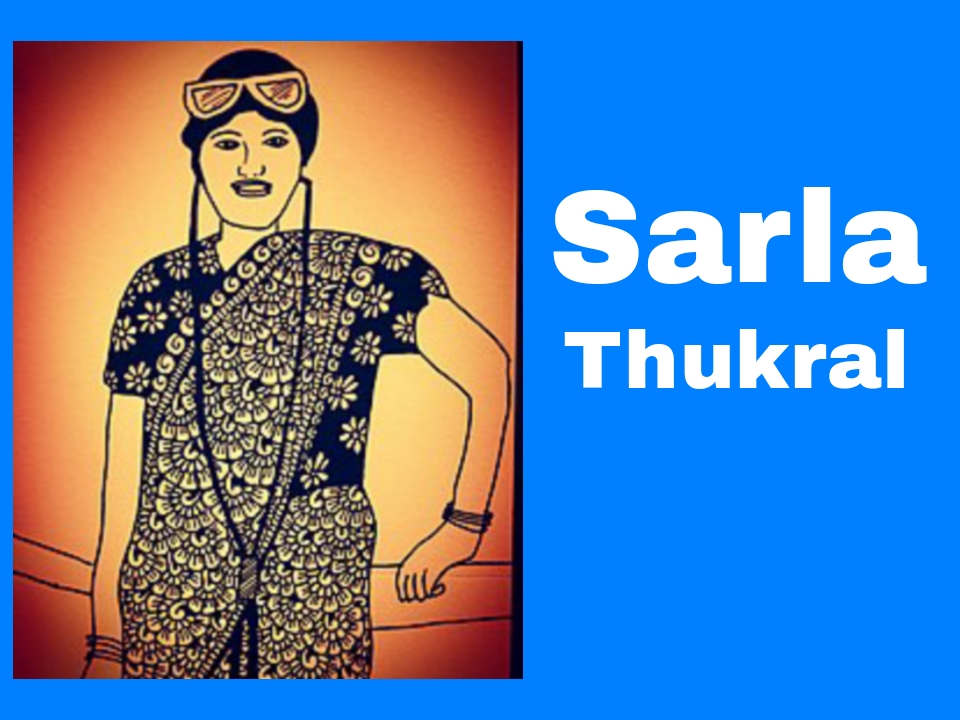 Married to a pilot

So,like any other girl in India Sarla got married at a very early age.Sarla got married to P.D. Sharma at the age of sixteen.Sarla's husband was a pilot.P.D. Sharma was the first Indian to become an airmail pilot.Sarla's in-laws family had total nine pilot including her husband.Sarla was fortunate.Her husband was the main inspiration for Sarla's becoming a pilot.

Sarla was a student of  "Lahore flying club" in Pakistan and she was also the first woman student in that club.At the age of 21 Sarla take her first solo flight in a small,double winged plane, where Sarla dressed in a traditional saree.At that age Sarla had a four year old daughter.Sarla also completed 1,000 hours of flight time to gain "A" license.It was another first for Indian women.Sarla used to fly between Karachi and Lahore.Sarla wanted to become a commercial pilot.

The death of P.D. Sharma

Fortune was not very favour in Sarla. In an airplane crash P.D. Sharma died in 1939.She became widow.Sarla was 24 years old then.Due to the outbreak of world war ll Sarla abandoned her plans to become a commercial pilot.later Sarla took a diploma in fine arts and painting in " Lahors Mayo School of Arts"(now The National College of Arts).

After the partition of India Sarla moved to her native place Delhi with her two daughters. Remarries was possible for her in her communities.In New Delhi Sarla Thukral got married to R.P. Thukral in 1948.Later she became a painter and a successful business woman.

The death of Sarla Thukral

Sarla Thukral also kknown as Mati.This great lady Sarla Thukral passed away at the age of 93 on 15 March,2008.

Sarla Thukral created history for Indian women, who dreams to be a pilot.Sarla proved her ability and talent.She created history by breaking the typicall rules for women.Sarla will always remain an inspiration for women all over the world.